Halloween has officially hit the stores. I’ve been dreaming of Halloween for weeks already, so now I’m even more excited that I get to indulge in it every time I go out. I may have already spotted some Christmas decor out as well but I’m not going to think about that yet. Why can’t the stores stick to one holiday at a time?

Our new neighborhood actually has kids in it and is a well-known area for trick-or-treating. We lived in our old house for 8 years and had maybe 5 trick-or-treaters. Yes, I mean 5 total over the entire 8 years. The first year I had no idea so I bought ton of candy at Costco and ended up eating it all myself. Halloween fail! At least I had the foresight to buy only my favorite candies that year.


I’m ready to get the house all decked out and make goody bags for the kids who stop by. I’ve been stockpiling supplies for a while. Lots of ribbon, pumpkins to be painted, wreaths to be made, black and orange paper, stickers and a whole lot more. 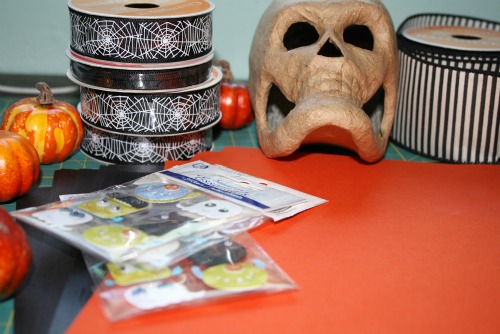 Lemur loves the mini pumpkins I bought. Apparently, they are great to throw around my craft desk as little kitty soccer balls. Now that we have a kitten, I may need to rethink some of this decor… 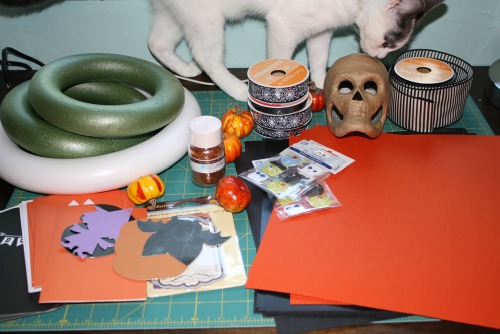 Since this is one of my favorite holidays, I’m going to make this a weekly series. I already started on the first of my projects so my goal is to feature one Halloween craft tutorial or decor idea every week until the holiday. Hope you stick around.


Lots of luck to all those on the East coast waiting for Hurricane Irene’s arrival. Hope she calms down before landfall!