It’s almost here! This is the time of the year that I start singing The Nightmare Before Christmas’ “This is Halloween” over and over. Planning for Halloween is definitely one of the highlights of my year. I actually went all out last year for Halloween, but I wasn’t blogging much and even though we had an epic Halloween party, I took no photos with my camera. Bad Anna. This year, I’m starting early with a new series, appropriately titled “This is Halloween”. 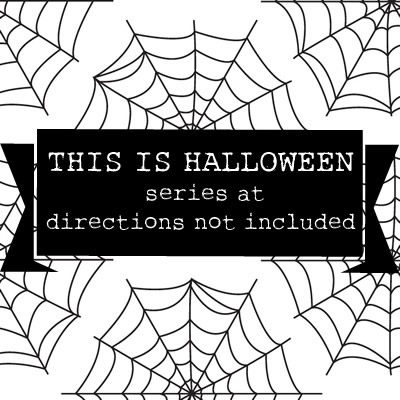 I’ll have a new Halloween craft or decor every week until Halloween and will be kicking off my first first link party for all things Halloween related! More on that soon, but in the meantime, I thought I would share the few tidbits from Halloween last year that I managed to get on my phone.

Even Dylan was judging me for taking down the Halloween decor in September.  I ended up putting up all the outside decor the last week of September. This year my neighbors are going to just have to deal with the decorations going up in mid-September. I’m having  surgery on my foot at the end of September and won’t be up and about until way into October. These storage containers don’t even show the half of it. I made out like a bandit during Target’s after Halloween sale so besides this stash, there is more brand new stuff, plus everything I have been making. The first step is admitting you have a problem, right? 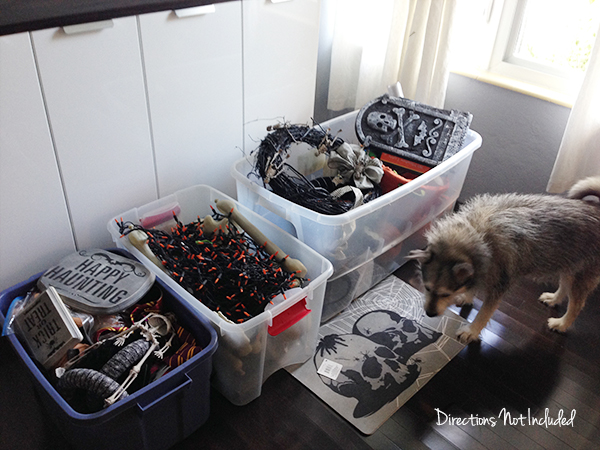 We threw a going away/Halloween party last year for our dear friends who moved away (but thankfully moved back this month!).  I took that as  a challenge to get the house as decked out as much as possible without spending a ton of cash. I LOVE those 40% off coupons from Michael’s and  buying items you can repurpose from the dollar stores.

Here are a few glimpses of what we had going on.  My skeleton friend is probably one of my favorite additions to the decor last year. He is the perfect size to pose all around the house. He may have also been a frequent dance partner during our Halloween party ;). That little owl in the corner is one my Halloween gifts from Cassie of Primitive and Proper. We became friends via Halloween decor. Even the cat judges me looking out the front window… 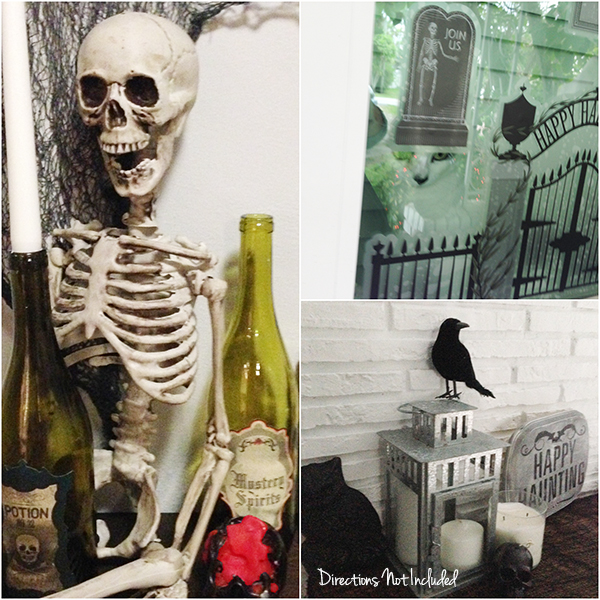 Black and white, skeletons and bats were the theme for last year and the way I’m going this year as well. I love the vintage, and simple color combo to use throughout my house so it kinda works with my regular decor 😉 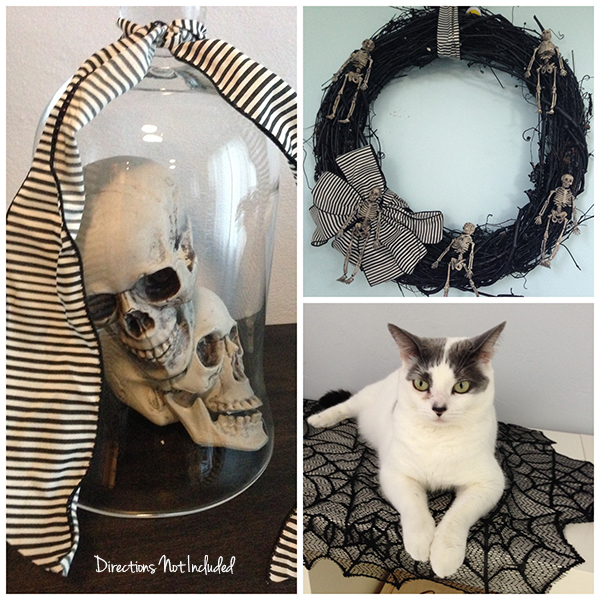 I have a massive amount of small mason jars I use for bridal and baby showers I throw, but they came in handy for Halloween too. I used my Silhouette to cut out bats to serve as name tags on everyone’s glass for our party. 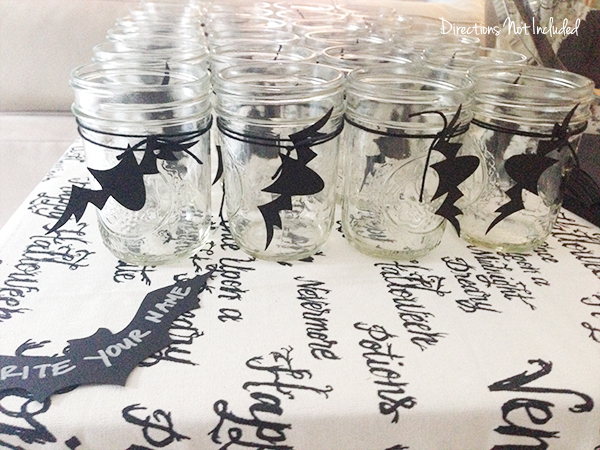 We don’t have a mantel so my IKEA Hack Bar always ends up as one. I had better pictures of this. I ended up covering the wall with paper bats and my dining room table has a beautiful food display the night of the party. I’ll make it even better this year. Promise. 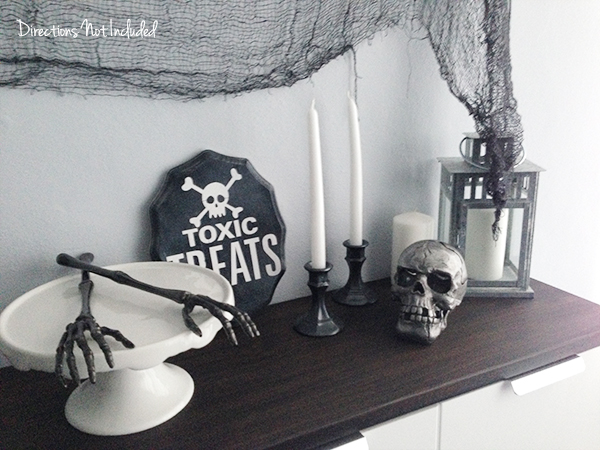 I’m going to kick off the This is Halloween link party in September since I am pretty sure I’m the only lunatic already crafting for Halloween. 😉 In the meantime, stick around to see what I’m working out on to make this Halloween and our party top last year’s.

The holiday season has officially begun! Are you ready? Eek! It will be Christmas before we know it!!

Pssst – If you don’t already follow me on Pinterest, this is the time to do it! Lots of holiday inspiration coming.