Oh hi there. I won’t even say I’m back for real or try to excuse my absence but my day-job has put definitely put a damper on my blogging the last few months. Why do I have to be a grown up? Yeah, so…just before my most recent hiatus, I was blogging about my bestie being pregnant. We hosted her what the duck is it gender reveal and baby shower this past weekend. All inspired by a cute invite we found on TinyPrints.

It was an unconventional baby shower and gender reveal at a bar. Yes, a bar. It was where the lucky couple had their first date and was a great location for a co-ed shower. We didn’t go overboard with the decor but I had a blast with these onesies. 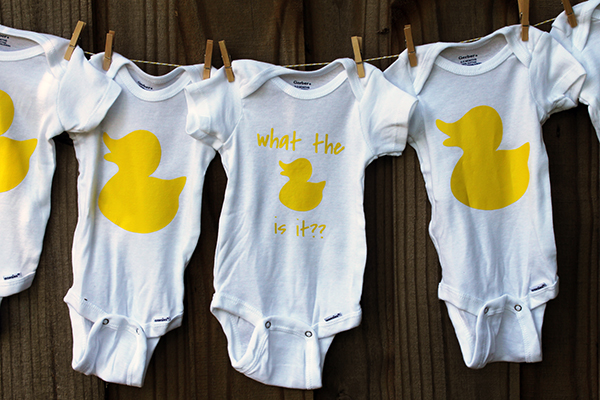 I just used the trace feature on my Silhouette to get he same exact duck we used on the invites. I cut it out on some heat transfer vinyl and had a fun with the iron to get them all set up. 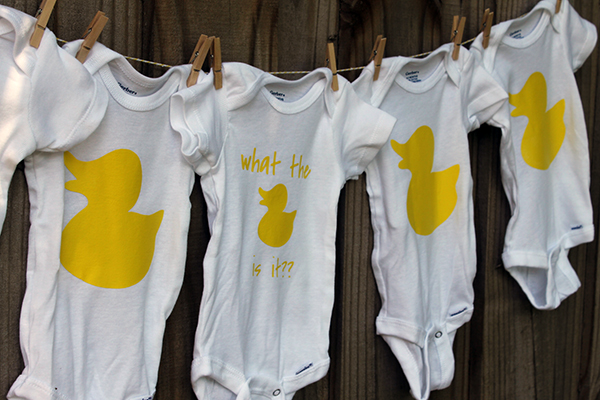 Can I just say that 3-6 month onesies are the cutest size?! I can’t want to meet the little one! And it is a BOY!

Here is a quick iPhone collage of the shower itself. We did a gender reveal cake with the blue frosting in the middle.  No one could wait so we cut the cake before anyone ate . We got these adorable soaps on Etsy from crimsonhill that I love. The smell great and were perfect favors. I put them in cupcake liners and unfortunately a few people may have thought they were chocolate and were sadly disappointed 😉 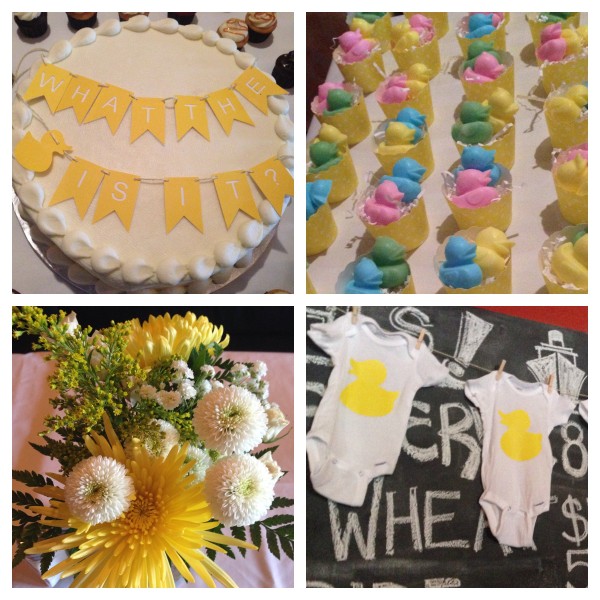 Gender reveals and co-ed baby showers are not the norm but I have to say, it was fun. The whole idea of what the duck is it gender reveal was a ton of fun for all involved. 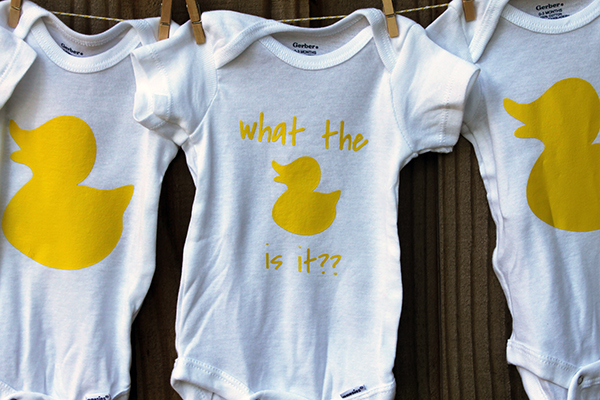 Have you done a gender reveal? How about a co-ed baby shower?